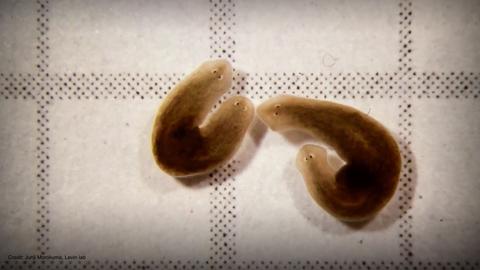 DNA isn’t the only builder in the biological world — there’s also a mysterious bioelectric layer directing cells to work together to grow organs, systems and bodies, says biologist Michael Levin. Sharing unforgettable and groundbreaking footage of two-headed worms, he introduces us to xenobots — the world’s first living robots, created in his lab by cracking the electrical code of cells — and discusses what this discovery may mean for the future of medicine, the environment and even life itself. (This conversation, hosted by TED’s Chris Anderson, was recorded June 2020.)

Why joy is a state of mind | Angélique Kidjo

The fight for freedom in Iran and Ukraine | Christiane Amanpour

Whose land are you on? What to know about the Indigenous Land Back movement | Lindsey Schneider